As the marital drama between Nollywood actress, Chacha Eke Faani and her husband, Austin continues to develop, a photo of the couple was recently shared on Chacha’s Instagram page, which has sparked reactions from Nigerians on the photo-sharing app.

Some days back, Chacha took to social media to share a video announcing the end of her marriage to Austin Faani. Chacha in a video shared on October 3, stated that she was done with her 7-year-old marriage and was leaving it with her life.

Fast forward to a few days later, she shared another video from a hospital bed denying allegations that her marriage ended due to domestic violence.

The mother of three said she has been examined by psychiatric doctors and has been diagnosed to have “Bipolar disorder”. ICYMI. 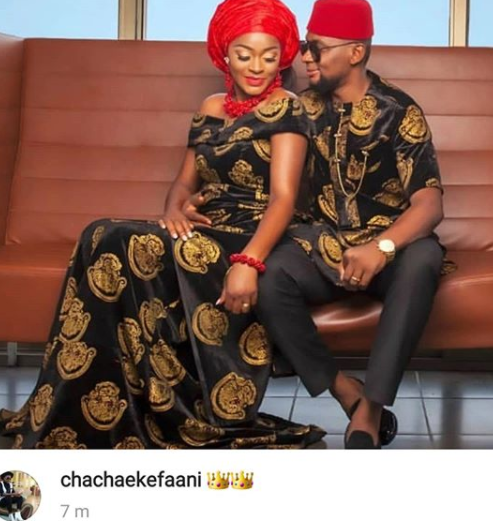 Earlier today, the photo above of Chacha and her husband was shared on her Instagram page and her followers are however doubting that she was the one who shared the photo herself.

See some comments below, 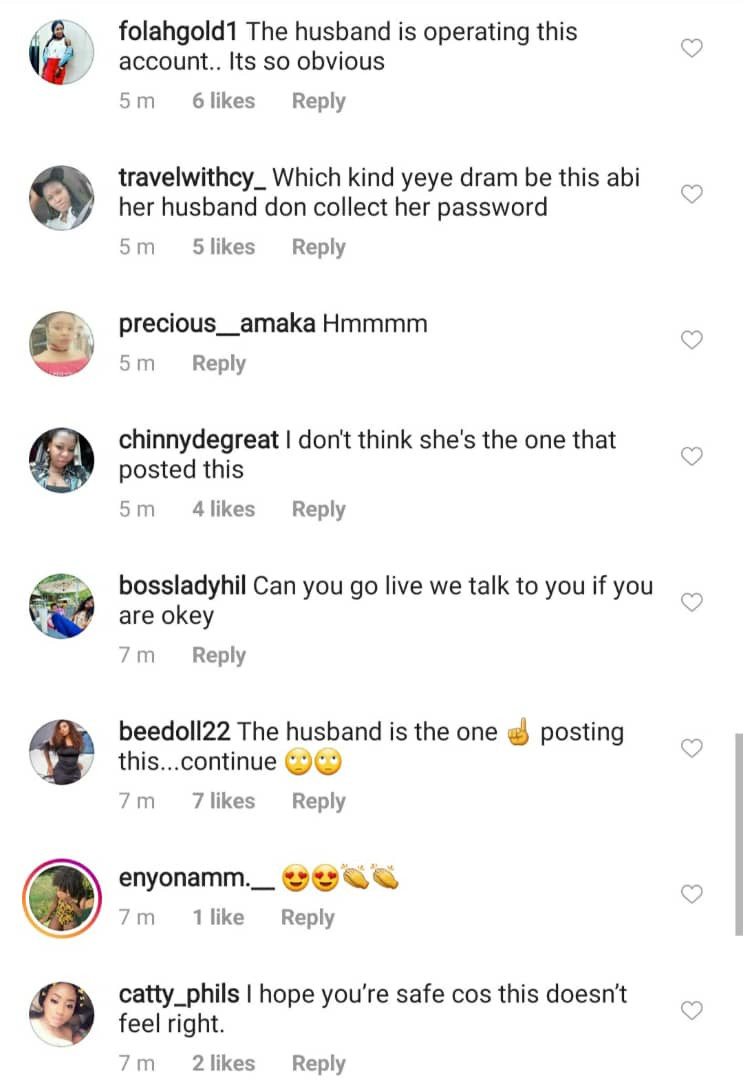 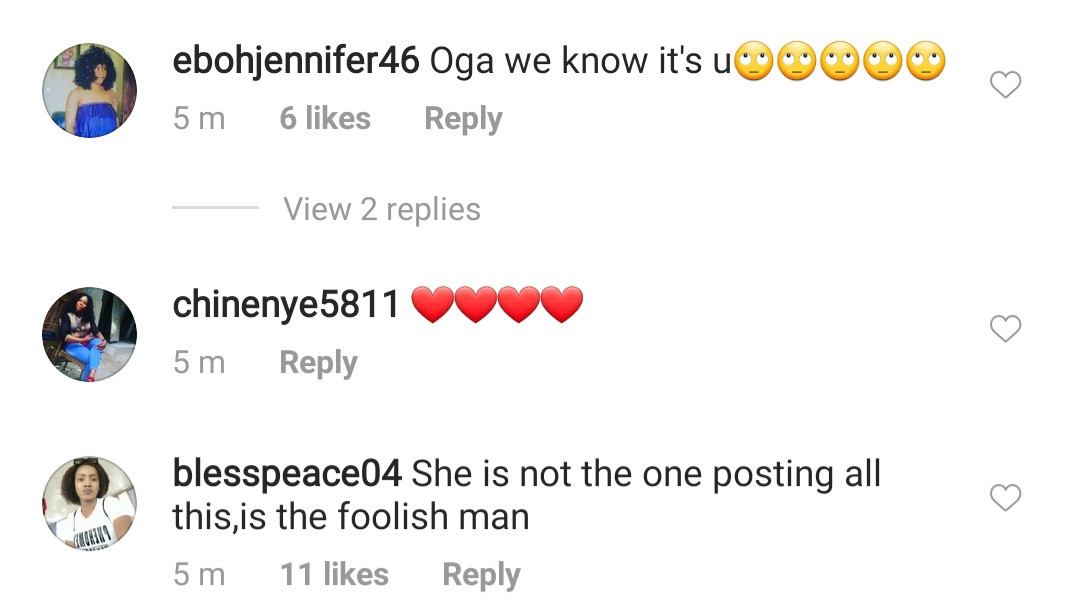 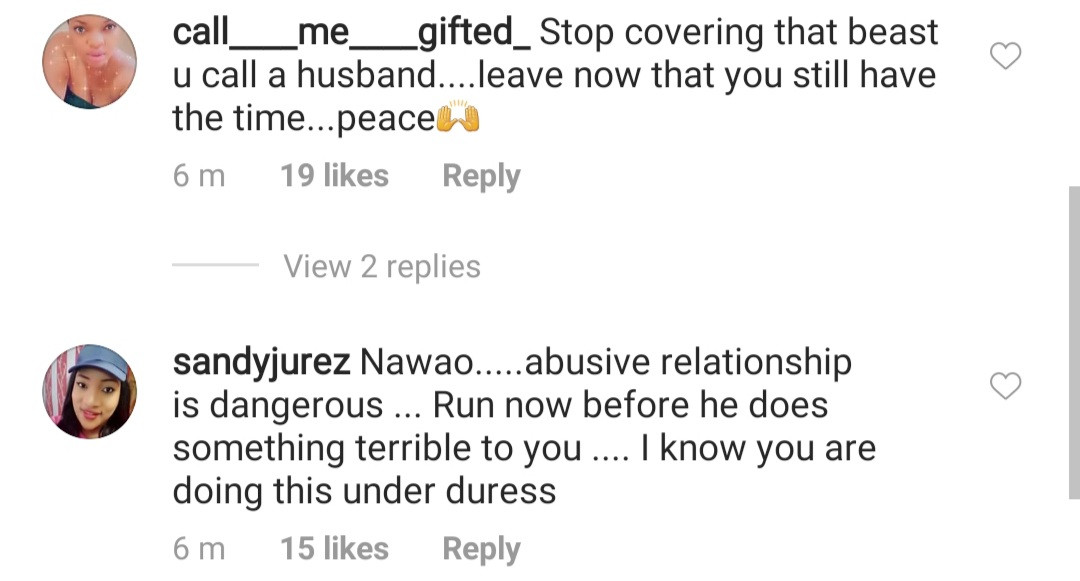 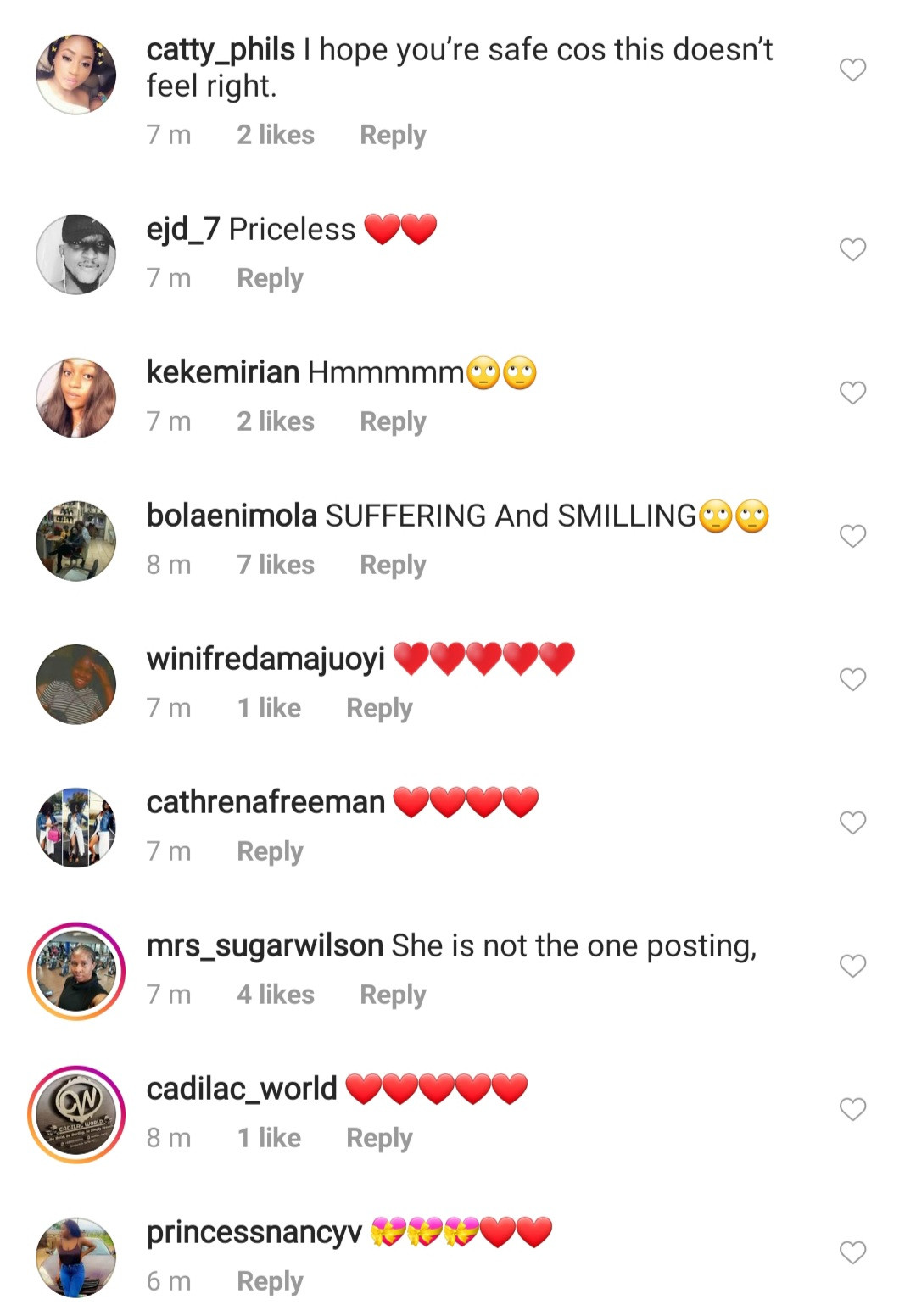